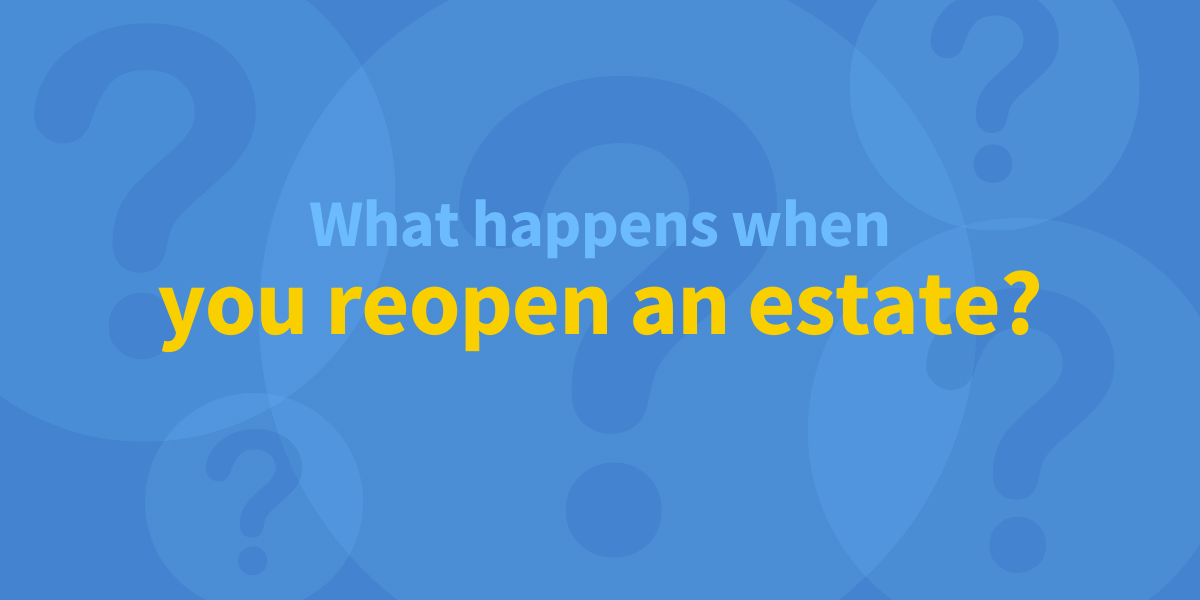 There is a misconception surrounding ‘closed’ estates and why an estate can never really be closed.

Being the executor of an estate can be a lengthy and tiresome job. Once an executor has paid all of the estate bills, distributed the assets to beneficiaries, and received a clearance letter from the CRA, you’d think your job would be finished.

That’s not always the case.

So what happens when an estate gets reopened?

Why Would an Estate be Reopened?

When looking at the responsibilities of an executor, it becomes clear that they are perceived as managers of an estate. Even after all of the estate assets have been sold or distributed, estate executors are still responsible for the estate after everything has been settled.

Roy Boettger of Calgary’s Field Law explains that, “In theory, the job is never done.”

It’s an extremely rare occasion for an estate to re-open, but it’s not impossible. However, in order to properly reopen an estate, the circumstance needs to be deemed reasonable enough to open the estate again.

Below, we will explore the most notable cases where estates have reopened, and why it’s important to pay close attention to the specifics of your estate plan.

If an executor did not advertise the estate to creditors, a creditor could make a claim against the estate long after the final distribution of funds. Forthcoming creditors are one of the most common reasons for an estate to reopen.

However, the claimant would have to start the proceeding against the estate and find himself or herself in front of a judge to get a verdict. To avoid the scenario completely, having a transparent estate and will that outlines unpaid debts or bills is the best course of action.

The potential of having unknown children recognized after death is another reasonable situation where your estate could become re-opened.

In today’s age of genealogy and online information, acknowledging unknown children is harder to avoid. Often, when an unknown child becomes known and introduced into an estate, they may become a beneficiary. This is especially true if an inheritance is intended to be split equally among all children.

“If six years down the line, somebody comes out of the woodwork and says, ‘I’m a child and the will said [distribute assets] equally among my children; here are the results of a paternity test,’ it would then be a matter of contacting the executor.”

Finally, discovering the existence of previously unknown assets is another common cause for “reopening” estates and calling for the redistribution of assets.

Assets that were forgotten, hidden, or simply lost may surface after the estate’s wealth has been distributed among beneficiaries. This would put a new onus of responsibility on the executor to actively manage the estate once again, and maybe even call the other beneficiaries to contribute (or receive) assets under that estate.

You don’t want to be the executor that has to chase down other beneficiaries asking for them to return what they received. It build resentment within families, often focused on the executor.

Prepare your will with clear paper trails for all assets, credits, and designated beneficiaries to prevent your estate from opening.