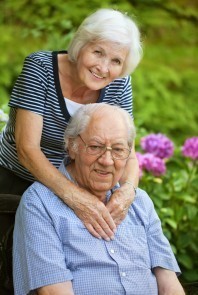 Mary agreed to act as estate executor for her brother, Bob. She was honest and reliable; he trusted her to manage his estate accordingly. Mary was rather flattered by the request.

Bob and Mary’s other brother, Mike, owned a small business together.

Bob had divorced his wife of 40 years about five years prior to his death and although he settled financially with his wife, his son and daughter always suspected that he had taken advantage of their mother.

When Bob died, Mary obtained Bob’s financial records and began to organize a valuation of his business assets. With no experience in such a task, she hired the same lawyer and accountant that had acted for Bob in the divorce settlement.

She understood that these professionals would have a detailed knowledge of the business which would save considerable legal and accounting expenses for the beneficiaries, her niece and nephew. She also generously agreed to waive any executor fees for her work on the estate.

Now she arranged to sell Bob’s business assets to Mike. When she notified the beneficiaries, they hired a lawyer and commenced a $2 million lawsuit against her as executor, as well as the lawyer and accountant.

They were suspicious that their father and Uncle Mike had “cooked up a deal” to avoid paying their mother what she was really entitled to. They believed that the lawyer and accountant were parties to the original plan that defrauded their mother, and that a similar fate was befalling the estate.

Mary, as the executor, was party to this ‘conspiracy’ for using the same professionals to value the business assets for the estate. The beneficiaries believed the estate was worth about twice the sale price to Uncle Mike.

The Court was satisfied that there was merit in their case; Mary was removed as executor, meaning she personally could not use any of the estate money to pay the cost of defending the lawsuit.

Mary and her husband, a retired factory worker, owned a home and had a small pension but they were very concerned about the lawsuit that was unfolding.

She contacted the estate lawyer to ask what she should do, however, since his law firm was also named in the lawsuit he was unable to continue to act on her behalf. He told her she needed to hire a litigation lawyer to defend the lawsuit.

The litigation lawyer reviewed the details. He advised Mary that the lawsuit was very serious. The legal bill to defend could run as high as $500,000…and he required a deposit of $100,000 to get started.

Mary, age 78 and her husband, aged 81, mortgaged their house; by the time the legal expenses reached $200,000 they were completely desperate. Her health began to fail, hastened no doubt by the stress of the estate lawsuit problem. In fact when she was in the hospital, near death, she asked her daughter, “Will the lawsuit end when I die?”

Apparently not. Mary named her husband as the executor of her own estate. After she died, the litigation lawyer advised her husband, as her executor, to either continue to pay to defend, or agree to settle with Mary’s niece and nephew.

Today, her husband is seeking more legal advice to determine his own potential liability from Mary’s duties as executor for her brother’s estate.

At this point, Mary’s children are resigned to the fact that they won’t be receiving an inheritance from their parents’ estates.

Watch to find out how disgruntled beneficaries can cost your executor personally.